The Sacramento Master Singers was incorporated in 1983 after performing for many years under other names including the Camellia Concert Chorale. In the early 80s, founding director Ken Winter, admired for his passionate interpretations and extensive knowledge of choral literature, sought to form a new, auditioned choir of carefully selected singers who would focus on expert performances of choral music. For a time, the group performed as the Camellia Concert Chorale among other names. Eventually, The Sacramento Master Singers was chosen to better reflect its ties to the state capital and the region the ensemble serves. The original articles of incorporation make it clear that Winter established a high standard under which SMS still operate today – “The Sacramento Master Singers will have as its purpose, the practice and performance of choral music, with a high degree of excellence, for the educational and musical benefit of the community at large as well as the membership.”

SMS’ first performance under this name in the spring of 1984 at Northminster Presbyterian Church included just 14 singers. Among them were current members Carol McCormick and Ralph Hughes. The choir is indebted to Ken and those 14 founding members for the vision they shared in establishing this choir that so many have grown to love and admire.

In the fall of 1986, Ralph Hughes became the conductor of the Sacramento Master Singers. The choir at that time was small – with a budget and audience to match. Under Hughes’ leadership, the choir’s membership increased in number and quality, establishing the group as an esteemed member of the Sacramento arts community

Our Commitment to Diversity, Equity, and Inclusion

Diversity, inclusivity and equality are core values of Sacramento Master Singers. Our mission is to advance the choral arts, and it is our belief that “advancing” the world of choral music necessitates diversity and inclusion. Advancing an artistic field requires, in part, increasing its accessibility to people of many backgrounds, cultures, and identities, as well as amplifying artistic voices from those communities in a way that expands the canon of choral work.

We are committed to putting these values into practice throughout our organization with the programming choices and musical selections we make, and by ensuring that our membership, board leadership, and hired performers represent a broad spectrum of identities, backgrounds, and lived experiences. 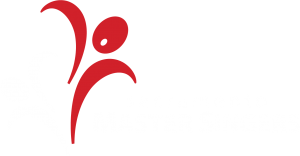